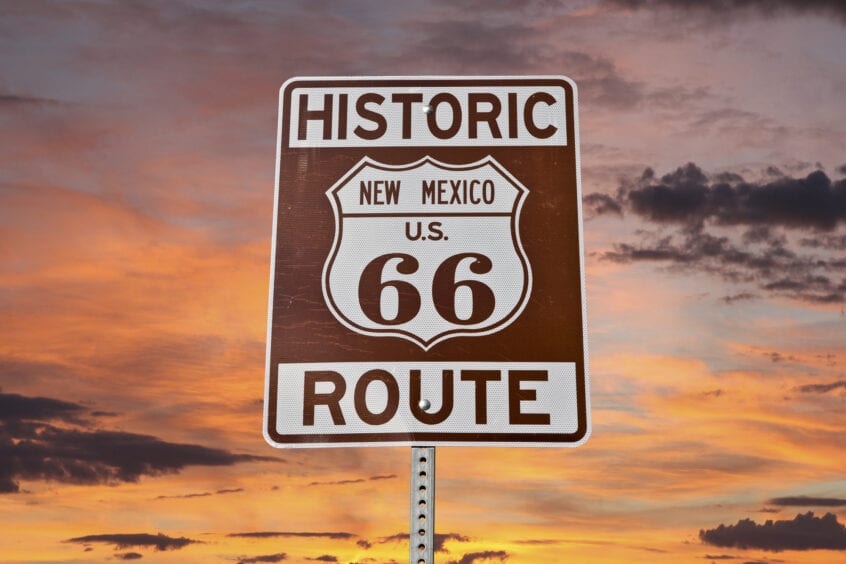 After a long, hot Albuquerque summer, if you’re brave, you’ll take a look at your overall energy consumption. It’s not only the AC that bumps your energy bills up – it’s the array of devices, electronics, and small appliances most people use every day in their home. And we’ve all spent considerably more hours at home over the last several months!

Have you considered taking advantage of the sun?

Living in this high desert climate puts you in the ideal spot to enjoy the benefits of solar energy. Don’t be like cartoon icon Bugs Bunny and miss out on a fantastic opportunity. In this post, explore five reasons why making “dat left turn at Albuquerque” will help you save money and contribute to a cleaner, healthier future for you and your city.

Albuquerque sees over 300 days of sunlight each year. That makes the Enchanted City ideal for solar installations, right? Well, yes, but why?

First, we should look at the definition of solar energy.

What is solar energy? It’s light and heat harnessed from the sun. Sounds relatively simple, but why would Albuquerque be better than other locations for solar panel installation?

While 300 plus sunny days set a geographical location up for great solar harnessing opportunities, there’s more to it than days of sunlight. You also want to look at peak sun-hours.

Whether he made a wrong turn at Albuquerque or ended up in Germany’s Black Forest instead of Las Vegas, when Bugs reflected on his mistakes, he usually regretted second-guessing himself. That’s likely what happens when homeowners put off converting to solar energy.

If you’ve second-guessed yourself about making the change to solar energy, it’s not too late!

As of March 1, 2020, if you’re a taxpayer in the state of New Mexico, you’ll get a 10% tax credit when you install a solar thermal or photovoltaic system. Since most tax incentives don’t last forever, it makes sense to give serious thought to how you can best use solar energy in your home.

3. Albuquerque Has an Abundance of Adobe

When you live in the high desert, you need a home constructed from materials conducive to storing heat and coolness. That’s why adobe is a typical residential building material in Albuquerque.

Another common thing to see on adobe homes is a flat roof – an ideal roofing system for solar panel installation. Now, that doesn’t mean you can’t have solar on a sloped roof. You’ll see plenty of homes with steeper roofs taking advantage of solar energy.

If you belong to a homeowner’s association that attempts to bar solar panels, you’ll appreciate your adobe home. Most adobe rooftops are flat, and they also have a surrounding parapet. You can easily conceal your solar panels and keep your HOA happy.

4. What Did Bugs Know About Insolation Value?

While Bugs Bunny often refers to himself as a super genius and even goes so far as to claim an IQ of 207, it’s doubtful he knew much about solar energy. He most certainly knew nothing about insolation.

In a nutshell, insolation is the amount of energy that falls on a surface. Solar panels absorb energy and convert it into electricity. It’s critical to know about the insolation values in areas where you plan to install solar panels.

Insolation values indicate how much available sunlight your solar panels can access to convert to electricity. Knowing the numbers helps determine the size and output of your solar energy system.

Albuquerque has an insolation rating of 6.77. To put things in perspective, Chicago’s insolation value comes in at 3.14 kWh/m2/day.

The concept of insolation values might have escaped Bugs, but he knew a good thing when he saw it. With the abundance of sunshine and the proximity to the sun, of course, Albuquerque is the best place to settle down and own a solar power system!

When a city commits to adopting renewable energy practices, it’s not only good for the environment. Solar energy opens up an array of job opportunities.

New Mexico has set a goal for 100% renewable energy by 2025 for investor-owned utilities. Rural cooperatives have until 2050.

Can you see the potential for job growth? New Mexico will need people to install and maintain solar energy systems. Solar installers should see a 105% increase in job growth through at least 2026.

We’ve covered a few reasons why Albuquerque is the best place to install solar energy systems. Was Bugs Bunny headed in the right direction when he made a wrong turn? We think so!

If you’re considering converting to solar power for economic and environmental reasons, you’re also moving in the right direction. With new tax credit and incentives, now is the ideal time to go solar in Albuquerque.

Don’t make the same mistake that cunning, charismatic Bugs made and end up in a place you never intended to go.

As one of the solar energy companies with the most experience in New Mexico, we’re excited to help you plan and install your solar energy system. We have a combined 25 years in the solar industry, which means we bring a lot of expertise to the table.

Let’s See if Going Solar Is Right for You